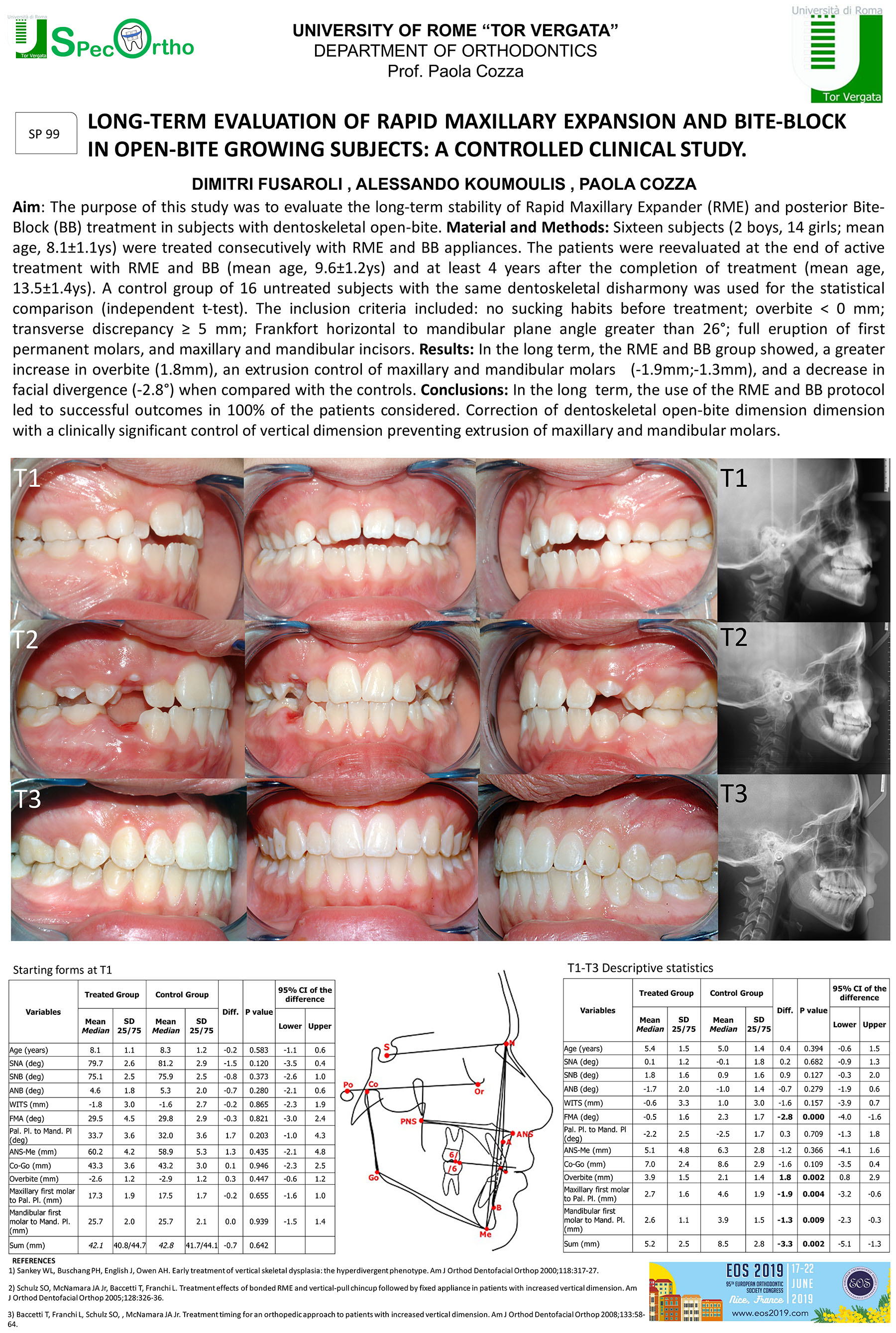 Aim: The purpose of this study was to evaluate the long-term stability of Rapid Maxillary Expander (RME) and posterior Bite-Block (BB) treatment in subjects with dentoskeletal open-bite.

Materials and Method: Sixteen subjects (2 boys, 14 girls; mean age, 8.1±1.1ys) were treated consecutively with RME and BB appliances. The patients were reevaluated at the end of active treatment with RME and BB (mean age, 9.6±1.2ys) and at least 4 years after the completion of treatment (mean age, 13.5±1.4ys). A control group of 16 untreated subjects with the same dentoskeletal disharmony was used for the statistical comparison (independent t-test). The inclusion criteria included: no sucking habits before treatment; overbite < 0 mm; transverse discrepancy ≥ 5 mm; Frankfort horizontal to mandibular plane angle greater than 26°; full eruption of first permanent molars, and maxillary and mandibular incisors.

Results: In the long term, the RME and BB group showed, a greater increase in overbite (1.8mm), an extrusion control of maxillary and mandibular molars (-1.9mm;-1.3mm), and a decrease in facial divergence (-2.8°) when compared with the controls.

Conclusions: In the long term, the use of the RME and BB protocol led to successful outcomes in 100% of the patients considered. Correction of dentoskeletal open-bite was associated with a clinically significant control of vertical dimension preventing extrusion of maxillary and mandibular molars.