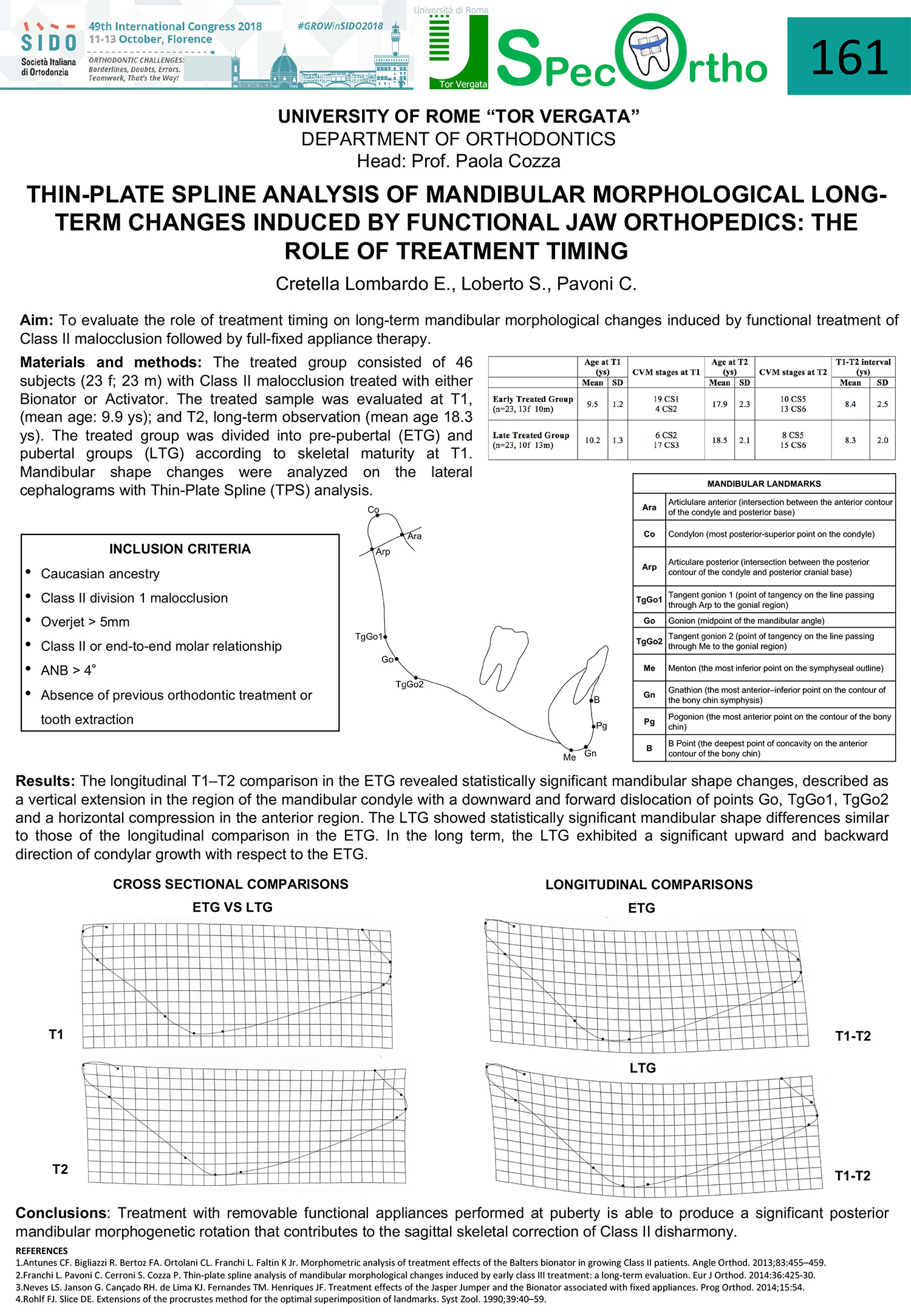 Materials and Methods: The treated group consisted of 46 subjects (23 females and 23 males) with Class II malocclusion treated with either Bionator or Activator. The treated sample was evaluated at T1, start of treatment (mean age 9.9 years); and T2, long-term observation (mean age 18.3 years). The treated group was divided into pre-pubertal (ETG) and pubertal groups (LTG) according to skeletal maturity observed at T1. Mandibular shape changes were analyzed on the lateral cephalograms with Thin-Plate Spline (TPS) analysis. Procrustes average mandibular configurations were subjected to TPS analysis by means of both cross-sectional between-group comparisons at T1 and at T2 and longitudinal within-group comparisons.

Results: The longitudinal T1–T2 comparison in the ETG revealed statistically significant mandibular shape changes, described as a vertical extension in the region of the mandibular condyle with a downward and forward dislocation of points Go, TgGo1, TgGo2 and a horizontal compression in the anterior region. The LTG showed statistically significant mandibular shape differences similar to those of the longitudinal comparison in the ETG. In the long term, the LTG exhibited a significant upward and backward direction of condylar growth with respect to the ETG.

Conclusions: Treatment with removable functional appliances performed at puberty is able to produce a significant posterior mandibular morphogenetic rotation that can contribute to the sagittal skeletal correction of Class II disharmony.